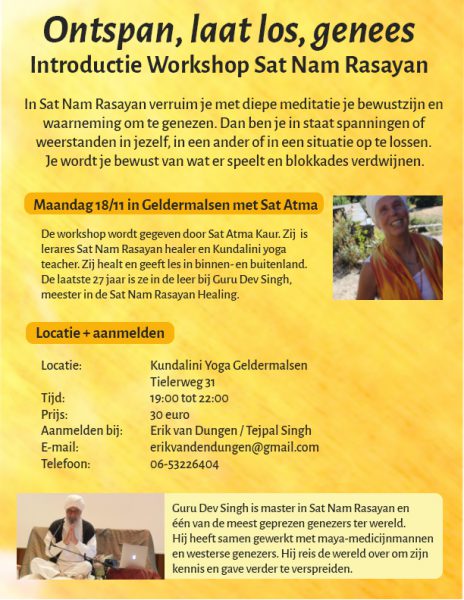 Discover how 12 minutes a day can improve how you think and feel.

If you live on this planet, you have probably heard that meditation is good for you. Its virtues are extolled by medical doctors and mental health professionals for its many positive benefits on emotional well-being and physical health. But chances are, unless you are a serious yoga enthusiast, you probably haven’t heard of Kirtan. Unlike more traditional mindfulness or meditation practices where the objective is to clear your thoughts and quiet your mind, Kirtan is an active form of meditation that involves chanting or mantras that many find easier to do, because it doesn’t require intense focus. Unfortunately, a lot of people quit mediation before experiencing the benefits, because they find the practice of clearing their mind to be very difficult. If you’ve tried meditation and ever said — “I just can’t sit still, meditating makes me anxious, I can’t turn off my brain, I’m just bad at it” — then Kirtan might be for you.

If you’ve taken a yoga class and said the word “om” together with the other class members, you have experienced Kirtan in its simplest form. Kirtan is essentially the rhythmic repetition of words, phrases, or syllables. Because it occupies your mind to chant or sing the sounds, it stops your normal train of thought and clears your mind. Some forms of Kirtan will also include finger-tapping to engage more of your senses. Oftentimes there is music that goes along with it that enhances the rhythmic pattern and creates a deeper meditative experience. It can be done alone or in a group using a call-and-response pattern. Traditional mantras are often based on the ancient Indian language of Sanskrit. While some Kirtan chants have roots in Hinduism, like other forms of meditation, the practice itself has no inherent religious implication.

What are the benefits of Kirtan?

While Kirtan has been around for thousands of years, modern researchers have only recently begun to study its health benefits. A team at the University of West Virginia interested in examining the effects of Kirtan on cognitive impairment found that doing a Kirtan mantra for 12 minutes a day for 12 weeks altered plasma blood levels involved in cellular aging which were associated with improvements in cognitive function, sleep, mood, and quality of life.1 Another team at the University of Pennsylvania, who studied the effects of Kirtan on patients with memory loss, found that after eight weeks of Kirtan the brain scans of participants in the study showed significant increased cerebral blood flow in several areas. Most importantly, their performance on neuropsychological testing showed improved visuospatial memory, increased connectivity, and improved verbal memory.2 Others researchers have found that Kirtan can reduce symptoms of depression and improve chronic pain.3-4

From an emotional perspective, Kirtan is beneficial, because you are engaged in an activity that distracts you from thinking. This is particularly beneficial if you are caught up in a spiral of negative thinking and would like to use meditation to alleviate the ruminative process. When you stop flooding your brain with fear and worry about the future or resentments from the past, this has a profoundly positive effect of resetting your emotional state to calm and peaceful. Some people who practice Kirtan also report a spiritual benefit, with some saying they feel a sense of bliss, more emotionally open and connected to others.

So how can you begin doing Kirtan?

Trying Kirtan is easy, all you need is a pair of headphone and an open mind. The Alzheimer’s Research & Prevention Foundation has a chant on their website, which they recommend for improving memory, developing greater attention, concentration, and focus, and having a better mood. The chant consists of four syllables: Saa Taa Naa Maa. The sounds are chanted repeatedly and in order (i.e., Saa Taa Naa Maa). They come from the mantra “Sat Nam,” which means “my true essence.” For full instructions on how to do the exercise, click here.

If you would like to listen to the chant set to music, here is a version from an album called Mantra Girl that makes it very easy to do, because you just chant along. It is six minutes in length, so you do it twice a day to complete the 12 minutes that is recommended in order to get the cognitive and mood benefits that researchers found those who practice Kirtan in their studies have achieved.

While Kirtan chants can be very simple, like the above one, Kirtan music is an art form unto itself, and there is a vast abundance of Kirtan chants and musicians, some with Grammy Award nominations and performances. A few of my favorite Kirtan artists to explore include Dave Stringer, Tina Malia, Heather and Benjy Wertheimer.

Kirtan is another tool you can use for your emotional and mental well-being. It’s a little off the beaten path, and some admit to finding it odd at first, which can create some resistance. But when you consider the only thing you have to lose is your negative thinking, you might consider whether improved cognitive functioning and a greater sense of peace and happiness is worth trying something outside the box.